Celebrate Your Freedom to Read! Banned Books at the NE Library

September is here again, and that signals the return of our annual Banned Books exhibit at the J. Ardis Bell Library on Northeast Campus. Banned Books Week is a demonstration against the censorship of so-called “offensive” literature, organized at libraries across the country, in defense of the individual’s freedom to read and learn.

For example…  Did you know that Dr. Seuss’s Green Eggs & Ham was banned for promoting communism?  Or that some communities have banned The Diary of Anne Frank, saying that it contains “pornographic content?”  J.K. Rowling’s popular Harry Potter series has also been banned, under accusations of witchcraft and satanism. 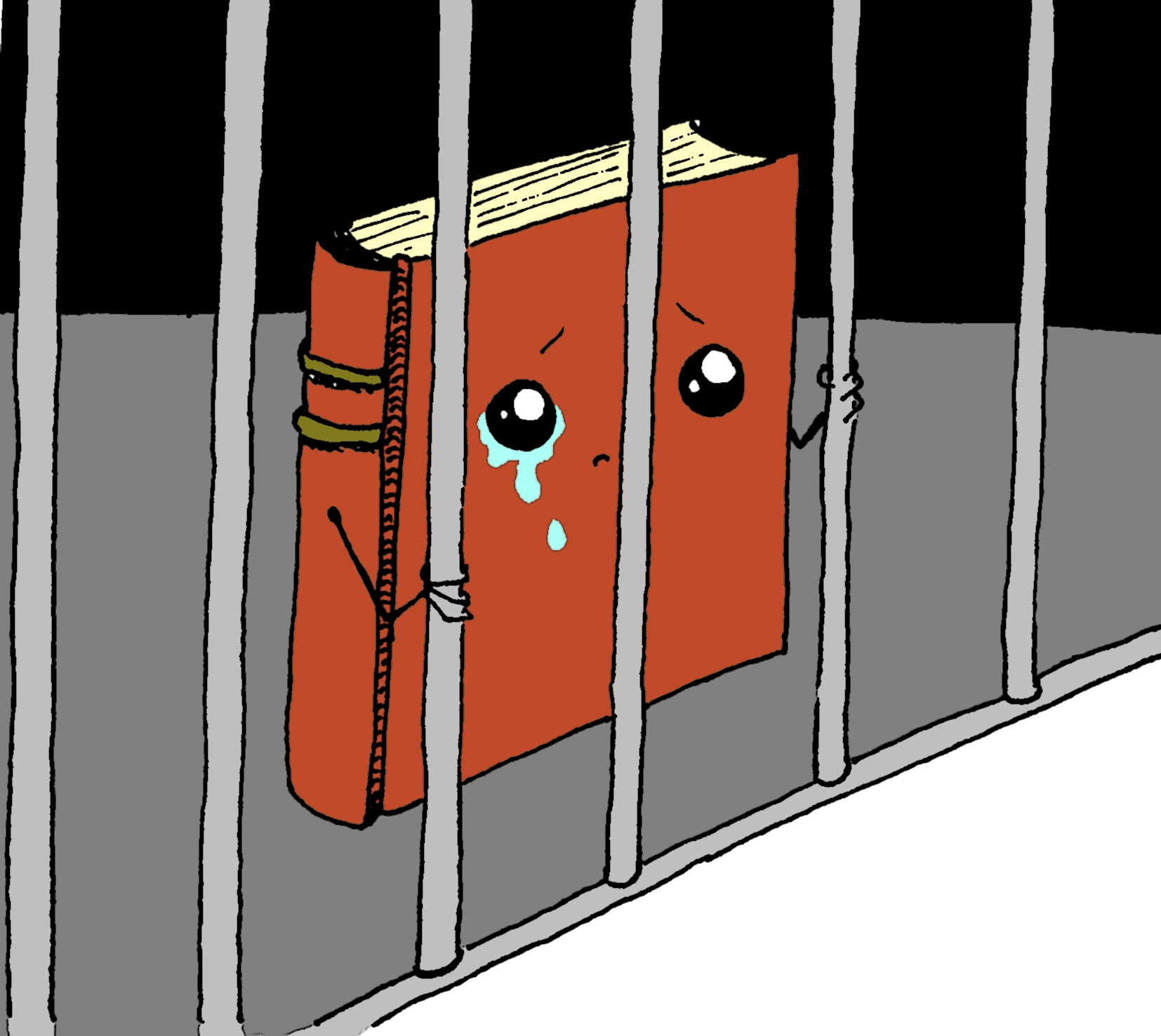 In the words of the American Library Association…

“Banned Books Week is an annual event celebrating the freedom to read.  Typically held during the last week of September, it highlights the value of free and open access to information.  Banned Books Week brings together the entire book community — librarians, booksellers, publishers, journalists, teachers, and readers — in shared support of the freedom to seek and express ideas, even those some consider unorthodox or unpopular.

To continue to raise awareness about the harms of censorship and the freedom to read, the ALA Office for Intellectual Freedom (OIF) publishes an annual list of the Top Ten Most Challenged Books, using information from public challenges reported in the media, as well as censorship reports submitted to the office through its challenge reporting form.”

Someone finally caught up with Waldo…  He’s been BANNED for “pornographic content.”

This year, the NE Campus Library’s display of Banned Books has over 120 items available for check-out.  Each title shows the reason why it was banned or challenged.  Visitors to the exhibit can also pick up free bookmarks, and those who check out a banned book can receive a commemorative button.

We also have a selfie-station set up so that any of our students, patrons, and guests can snap a photo and “Get Caught Reading a Banned Book!”  Once you take a photo, feel free to email it to us at  james.ponder@tccd.edu, and we’ll add your mugshot to our blog page, just like this rogues’ gallery of Banned Book readers:

The staff of the Northeast Library are pleased to present a wide variety of displays and exhibits throughout the year.  It is just one more way in which we strive to educate, engage, and entertain our entire campus community, while expanding the learning experience outside of the traditional college classroom.  We hope that you’ll come back often  (to the library, and to our BLOG page)  to see what’s on display!

“In Our Hands” – A Guest Book Review by Pablo Calderon

This November, the J. Ardis Bell Library was pleased to receive the following submission of a book review from a community member and friend of the library, Pablo Calderon.

In Our Hands:  The struggle for U.S. Child Care Policy

Written by Elizabeth Palley and Corey S. Shdaimah, In Our Hands is a well- researched and logically crafted discussion of child care policy in the United States.  It addresses a progression of essential topics for understanding how we have arrived at our current child care policy.  The book reviews the history and role of interest groups in the development of current U.S. child care policies.

The book provides an analysis of how individual and group interests, values and beliefs have become aligned with child care policies.  “The United States was founded on Lockean ideas of liberalism, which included the notion that all people are created equal and have basic natural rights such as the right to social contracts, which should not be infringed upon by government.” (p.23) Many Americans have long believed that individuals should be able to care for their own families and that the place of women is at home.  Therefore, child care is seen as an individual problem that each family must resolve on its own.

In contrast, most industrialized societies assume that women care for families and children and may work outside the home.   These nations believe family policies are state matters and have developed universal policies to address the need to care for children.

About the reviewer:  Pablo F. Calderón is a retired community advocate.  He holds a Master’s Degree in Theology from Southern Methodist University and a Master’s in Public Administration from the Kennedy School of Government at Harvard University.  He is a long time resident of Fort Worth, Texas, and is currently a member of the Early Learning Alliance and a board member of SPARC, an initiative to improve the quality of out-of-school-time youth programs.

If you are interested in seeing more of our collection of Guest Book Reviews, stop by the upper level of the NE Library between now and early December.  We have several of them on display for you to peruse, along with a short biographical sketch of each reviewer.  If you like what you see, you can even pick up a copy of the books right then and there…   including  In Our Hands !

Today  –  March 2nd, 2016  –  is Dr. Seuss’s 112th Birthday!  Come and celebrate with us!  The NE Library has a display of works written by and about Dr. Seuss in our front lobby area, just inside the main entrance.  Every Seuss-related book we have is available there for check-out, and will stay there until Friday afternoon, or until they’re all gone – whichever comes first!

Theodor Seuss Geisel, better known to the world as the beloved children’s author, “Dr. Seuss,” was born on March 2nd, 1904 on Howard Street in Springfield, Massachusetts.  Ted’s father and grandfather were both brewmasters in the city.  His mother, Henrietta Seuss Geisel, often soothed her children to sleep by “chanting” rhymes remembered from her own youth.  Ted often credited his mother with both his ability and desire to create the rhymes for which he became so well known.*

Getting the first book that he both wrote and illustrated, And To Think That I Saw It On Mulberry Street, published required a great degree of persistence.  It was rejected 27 times before finally being approved for publication by Vanguard Press.  Years later, when he was working on The Cat In The Hat – considered by many to be the defining book of his career – Houghton Mifflin Publishing asked Ted to write and illustrate a children’s primer using only 225 “new-reader” vocabulary words.*

But did you know that, long before the Cat, the Grinch, or Who-ville came along, Dr. Seuss spent years as a political cartoonist during World War II?  Or that he drew advertisements for beer manufacturers and oil companies?

It has been quite interesting to see and learn about the wide variety of work he did, over a long career.  If you would like to learn more about the Doctor’s lifetime of work, check out some of our biographies!

Of course, many of Dr. Seuss’s best-loved works have been adapted for television and film, over the years…  and all of his books remain family favorites to this day.  One of my personal favorite readings, of all time, has to be this one,** featuring a live reading of Green Eggs & Ham on an episode of NBC’s Saturday Night Live that originally aired in 1991, not long after the beloved author’s death.  Enjoy!

Here’s our very own Library Administrative Assistant, Ms. Katy Hill, all dressed up as You-Know-Who for a Dr. Seuss-themed celebration we hosted last May during Children’s Book Week in the J. Ardis Bell Library.  All of the 50+ youngsters who attend the NE Campus Children’s Learning Center at TCC were there, and we had a Seuss-ical good time!

Happy Birthday, Dr. Seuss!  And Thank You for all the lessons you taught us!

* excerpted from the biography section of the website for the Dr. Seuss National Memorial, located in his hometown of Springfield, MA.  Read more about his life on their site here, or check out one of the several biographies we carry about the illustrious Doctor, here, in the TCC Library Catalog.

Welcome back for another online helping of “Library Love!”

All throughout this season of romance and valentines, we – the staff of your TCC Northeast Campus Library – are sharing some of our own top picks and personal favorites from the Library’s HUGE collection of books and movies, in hopes that you’ll check out a copy and learn to love them as much as we do.

In the last post, we reviewed suggestions from the Computer Learning Center staff…  Now let’s see some of the Administrative Team’s favorite titles!

These are the intrepid souls who steer the ship that is the J. Ardis Bell Library.  They keep a weather eye on the horizon for any troubled waters around campus, hold us to a steady course in our service to TCC students, and ensure that everything in the Library is ship-shape and running smooth.  (Okay, okay…  enough with the nautical phrases!)   Now let’s look at some book recommendations…  Anchors Aweigh!  (That was the last one, I promise.) That’s all for now, but check back with us soon!  There will be more “Library Love” staff recommendations posted throughout the rest of February.

In celebration of Valentine’s Day and this most romantic time of year, we’ve decided to share some “Library Love” with you, our readers … and what is it that we’re so passionate about?  (I’m glad you asked.)

Our favorite library books and movies, of course!

All throughout this Valentine’s season, we’ll be posting recommendations from the entire J. Ardis Bell Library team;  sharing some of our own top picks and personal favorites, in hopes that you’ll check out a copy and learn to love them as much as we do. So here it goes…  We’re starting off this series of Bibliophilia posts with the staff of the Computer Learning Center (located on the lower floor of the NE Library).  These are the technological wizards who are there every day to help our students navigate through software problems and learn to use Blackboard, Microsoft Office, or more specialized computer programs and hardware. 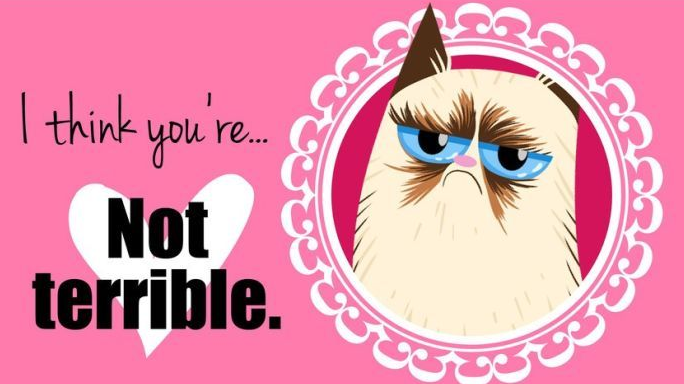 That’s all for now, but check back with us soon!  There will be more “Library Love” staff recommendations posted throughout the month of February.