On September 22nd, 1862, at the height of the Civil War, President Abraham Lincoln issued his Emancipation Proclamation, stating that  –  effective on January 1st, 1863  –  “all persons held as slaves” within the rebel states of the Confederacy “henceforward shall be free.”  The proclamation also called for the recruitment and establishment of black military units among the Union forces.  An estimated 180,000 African-Americans went on to serve in the Army, while another 18,000 served in the Navy.

The “War Between the States” was still far from over, however…  and Texas was firmly on the side of the Confederates.  As such, the vast majority of slaves remained in bondage, having no idea of their new legal status as freed men and women until after the war finally ended in 1865.  After the Confederacy surrendered, General Gordon Granger, U.S. Army, was placed in command of Texas.  His ship landed at Galveston on June 19th, 1865, and officially ended slavery in our state, two and a half years after it had been declared over by the President’s order.

As the last state in the country to formally recognize the conditions of the Emancipation Proclamation, the freeing of Texas slaves on that day brought about the end of all slavery in the United States.  In the summer of 1979, the state legislature declared June 19th  (or “Juneteenth,” as it had come to be known)  an official holiday in Texas. How do people celebrate Juneteenth?

Since it was made an official Texas holiday in the late ‘seventies, the celebration of Juneteenth has spread to many other cities and African-American communities around the nation.  It is also often referred to as “African-American Independence Day,” or “Freedom Day.”  Some communities observe Juneteenth with parades, festivals, or performances of traditional African / African-American music and dancing.  Others see the holiday as a time to remember and reflect on the struggles of the past…  while also celebrating how far we have come.

Many museums, libraries, and schools host special events or programs to commemorate the day…  such as this  EVENT,  taking place on TCC’s Northeast Campus this evening.  It is being hosted by the North Central Texas Alumnae Chapter  of  Delta Sigma Theta Sorority, Inc., and members of our campus community are encouraged to RSVP and attend.  There will be performances of music, dance, theater, and spoken word. 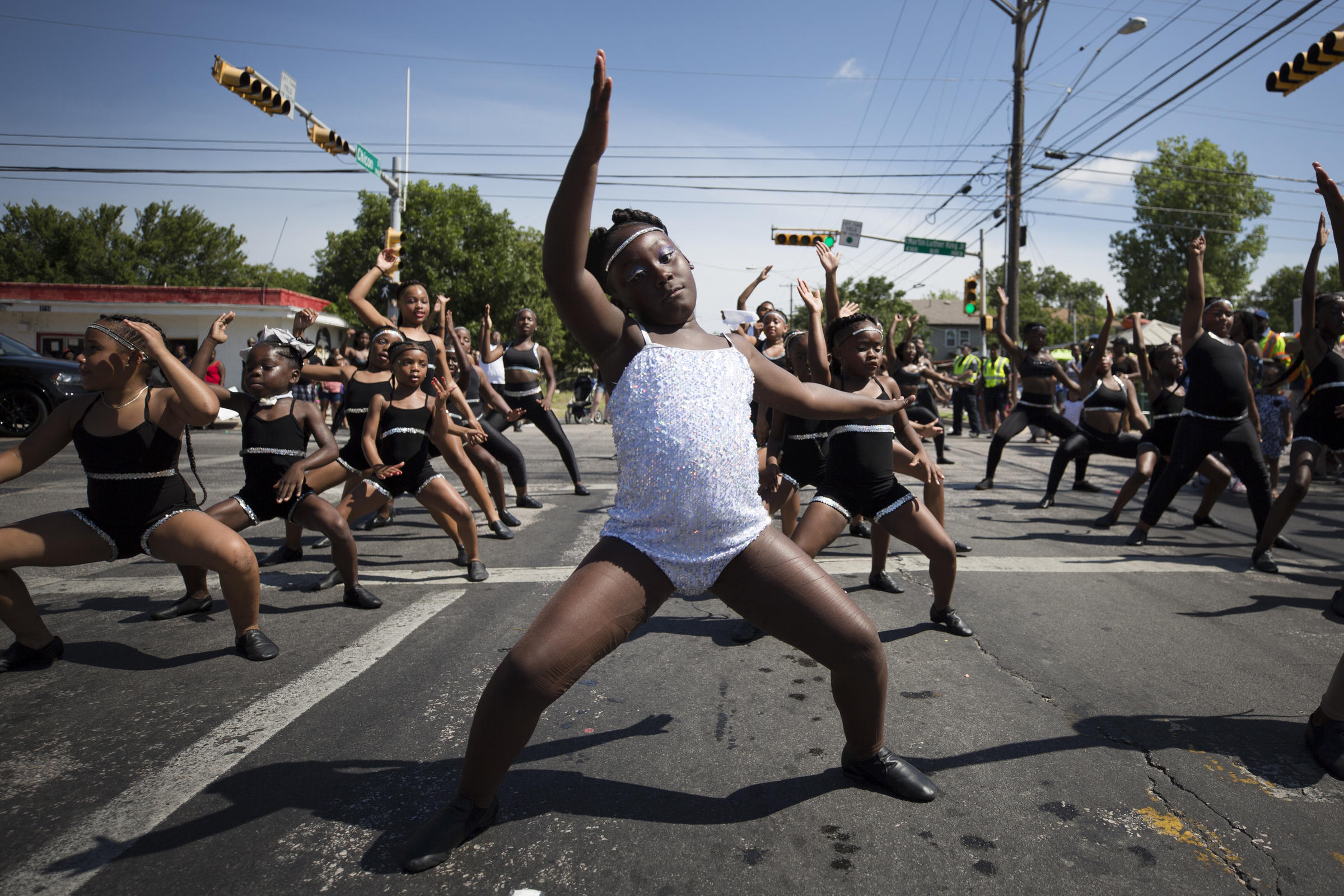 Tariah Horton and the J’s Diamonds dance troupe perform in the 2017 Juneteenth parade in Austin, TX**

Where can I find out more?

The J. Ardis Bell Library is featuring a display of books and library materials on Juneteenth during the latter half of the month, from June 15-30.  In our main lobby area, students and library patrons can check out ITEMS that discuss the history of the holiday, as well as the institution of slavery in Texas, and other related topics.

Students are also welcome and encouraged to search for more information through our online Library Databases, available 24/7, from any internet-capable device.  Simply log in with your current TCC student credentials  (WebAdvisor ID & Password).

We can also recommend the following online articles from PBS,  the Smithsonian Institute,  and the History Channel.

Happy Juneteenth!  We’ll see you in the Library!